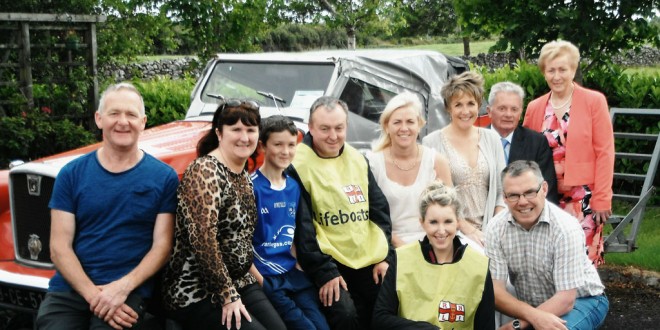 A vintage week for Cratloe boy

THERE was great excitement in Cratloe this week, after a local boy scooped a vintage car in a charity fundraiser.
Ten-year-old Eoin Deegan was the lucky recipient of a stylish 1969 Triumph Vitesse in the event, organised by the Clare Crusaders Children’s Clinic, Clare Suicide Bereavement Support, the RNLI and Doolin Search and Rescue.
It proved to be the start of a lucky streak for Eoin, as he also won €40 from the Sixmilebridge lotto draw on Monday night.
He is the son of Joan and Mike Deegan, a former Clare selector and current coach of the Cratloe senior hurlers.
“We are delighted to win the car. It has generated great excitement in the house. I texted my six sisters and five brothers telling them we had won a vintage car but none of them would believe me,” mum Joan said this week.
Joan’s father-in-law, Phil Deegan, who has a keen interest in vintage cars, has now taken the Triumph Vitesse. Considering Phil lives next door, Joan joked he can have the car until Eoin gets his driving licence.
“Phil has joined the Sixmilebridge Vintage Car Club and is planning to bring the Vitesse to the Kilmurry Harvest Festival this weekend,” she added.
Joan, a native of Sixmilebridge, and Mike also have two other sons, Cathal (20) and Caimin (18). “I bought the ticket for the draw and put Eoin’s name on it outside Cusack Park, Ennis before one of the county finals last year. Cratloe won the senior football and hurling championship double in 2014, so I can’t remember when I actually bought the ticket,” she said.
If Cratloe regain one of their county titles this year, she joked they could bring the cup back to the village in the vintage car.
Joan said she bought the tickets to support the four charities who do fantastic work in communities. The fundraiser generated €18,290 for the charities, which will be distributed as follows: Clare Suicide Bereavement Support €5,000, the RNLI €2,500, Doolin Search and Rescue €2,500 and Clare Crusaders €8,290.
The four charities have thanked Ennis-based businessman, Pat Foudy and family, who donated the vintage car to raise funds for their organisations. They also paid tribute to everyone who bought and sold tickets and helped transport the car around the county.
Clare Suicide Bereavement Support workers are available to help individuals, families and friends who are trying to cope with the loss of a loved one through suicide. This support is provided, free of charge, at their premises in Roslevan, or at other venues more convenient for the bereaved. It offers one-to-one support, family and community support and also group support through their healing programme and monthly meetings.
The Clare Crusaders Children’s Clinic was established in 2007 and now provides therapy to over 400 children with special needs across the county.
It sees a wide range of children with Cerebral Palsy, Autism, Down Syndrome, ADHD, learning difficulties, physical and mental disabilities.
Doolin Search and Rescue is one of the busiest Irish Coast Guard stations in the country, covering cliff and sea rescue. The station has a crew of 23 volunteers, who train every week no matter the weather, to keep their skill levels at the highest peak. They are on call 365 days a year. Recently, after many years of campaigning, a state of the art station was opened at Doolin pier.
Last Christmas, over 100 people sat down to their Christmas dinner with their families as a direct result of the efforts of the RNLI. Unfortunately, on occasion, recovery is the only option. 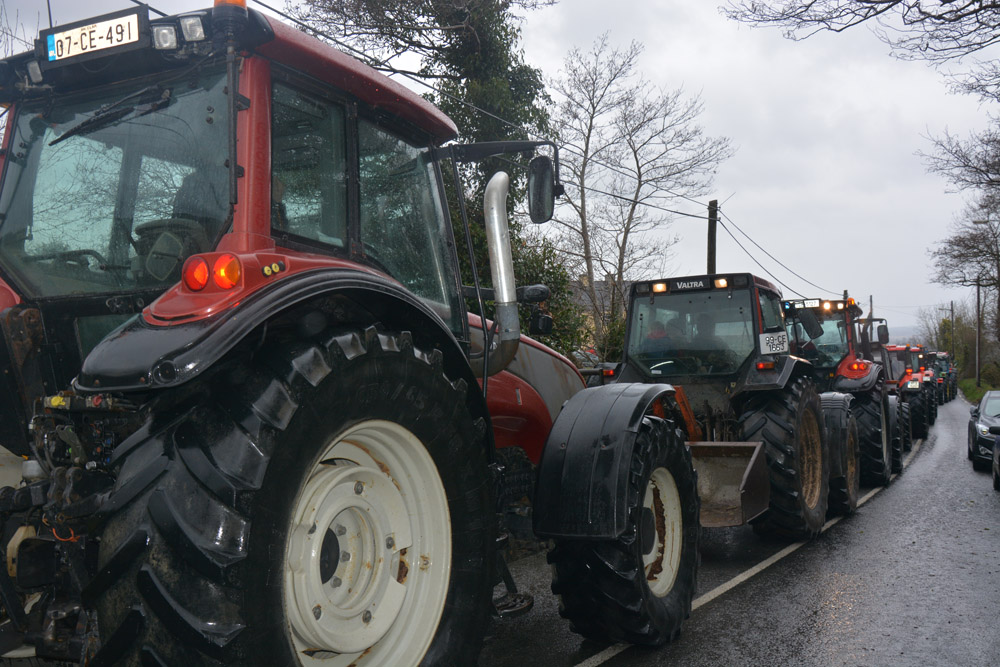 Stay safe at the seaside