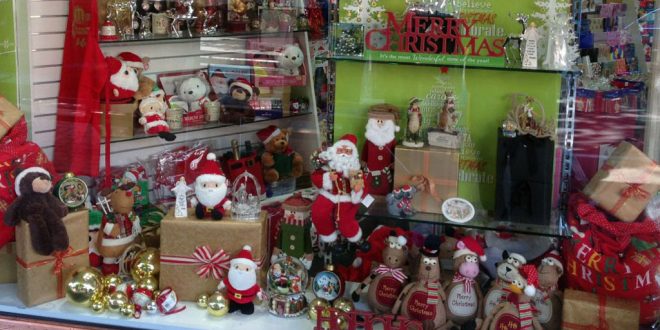 It’s that time of the year again, when The Clare Champion urges Ennis businesses to go all out with some festive flair and decorate their windows for Christmas.

This year’s Christmas window display competition is expected to be bigger and better than ever before, with increasing numbers of businesses getting involved year on year.

The theme for this year’s competition, open to all shops and businesses in Ennis, is A Vintage Christmas.
While the theme has been inspired by this year’s centenary anniversary of 1916, retailers can chose from any time period of the past when it comes to decorating their windows.

Shelly Galvin of The Clare Champion explained, “When choosing this year’s theme, we decided on A Vintage Christmas as our nod to the 1916 celebrations. But we’ve opened it up so people can pick from any time, so long as its vintage. The theme can be showcased across as many windows as you wish. This is about harking back to the Christmasses of old.”

First started in 2003, this is the 13th year of the Christmas window display competition, which has become a fixture of the local festive calendar.

“Every year, we are just blown away by the effort retailers put into their displays. So much hard work and imagination goes into them and they are always very impressive. We are really looking forward to seeing what the businesses of Ennis make of this year’s theme,” said Shelly.

“By taking part in this competition, businesses are helping to make Ennis look even more attractive during the holiday season, encouraging more people to come into the town centre and shop local.”

As well as helping to create a festive atmosphere in the town, businesses will also be in with a chance to win some prizes, courtesy of The Clare Champion.

Entry forms for the competition are available from The Clare Champion offices on Barrack Street. A small entry card will be provided on receipt of a completed form, which must be displayed on the window for the duration of the competition.