Home » Arts & Culture » A night on the wild side 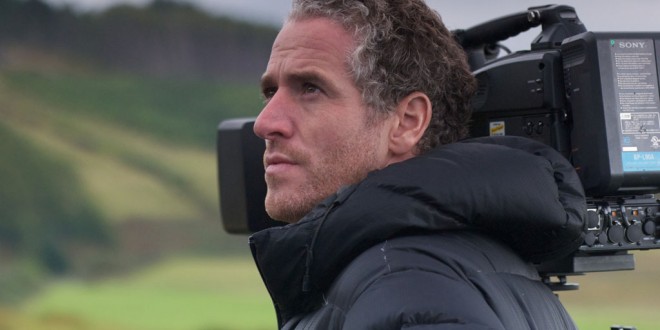 Film maker Gordon Buchanan will present an illustrate talks in Glór next week.

A night on the wild side

INTERNATIONALLY renowned wildlife cameraman and TV personality, Gordon Buchanan will give an illustrated talk at Glór on Wednesday next.

Perhaps best known for his BBC One series The Bear Family and Me and The Polar Bear Family and Me, he is also a regular contributor to BBC’s Springwatch and Autumnwatch series. In recent years, he has made a name for himself as a filmmaker specialising in big cats.

Filming lions and hyenas at night in the Serengeti in 1999 led to him making two films for the BBC’s Natural World series.

His Glór appearance will be an evening of exciting personal recollections, inviting the audience into his world of weird and wonderful wildlife, including the footage of his encounter with a hungry polar bear. This terrifying segment of the series has been viewed millions of times on YouTube and will be recounted on the night.

Speaking about that incident, he says, “We wanted to have a way of getting close to polar bears and staying completely safe. Whenever you go to anywhere there are polar bears, they express quite a bit of interest in human activity. What we wanted was to be out on the ice, make low impact, so we had a polar bear proof glass box that was designed to withstand the rigours of the Arctic and any polar bear that might want to get in. Over the months we’d used it, they’d all largely ignored it and it was working well. Then, on this one occasion, we had a female who took a great interest in the box itself and even more in what was inside it, which was me!”

He admitted he was shaken by it. “It was pretty terrifying, she was a big female and I was grateful it wasn’t a male because they’re double the size of the female. It was sustained terror for 45 minutes while she was trying to get in.”

When the ordeal was over he was more confident in the protective structure than he had been during it. “Afterwards, I was confident it was polar bear proof, while you’re in there you can’t help but fear the worst.”

Filming The Bear Family and Me was his favourite piece of work.

“The black bears in Minnesota was amazing. It was one of the first times I worked in the States and it was really comfortable, a lot of the places I go to it’s kind of camping or sleeping in hammocks or up trees. That trip was amazing and my wife and kids were able to come out and join me in the summer, which was great. There aren’t that many places that I work in that are either child-friendly or wife-friendly.”

Asked about the material in the show, he says, “I’ve been doing this for 25 years, so there’s too much to cover in one evening. I thought about what the most interesting things to me and I suppose they were the expedition series I worked on. A lot of the times you know where you’re going and it can be quite prescriptive in that you know what you want to film, whereas with the expedition series you know the destinations but you never know what you’re going to find. It’s like original exploration, you go out and look for stuff and follow your nose.  They’ve been the most interesting and the most amusing as well. So far, on the dates around Scotland, it’s been a good mix of interesting stories and quite a few funny stories as well.”

He feels it is of interest to quite a broad cross section of the public. “I would say the audiences reflect wildlife viewers. So far, across the different venues in Scotland, there’s no clear demographic, it’s not all people with beards and woolly jumpers. A lot of kids come along and it shows the appeal these wildlife documentaries have. It’s of interest to everyone, the other night there was a little kid who was about five-years-old and the week before there was a woman who was 94.”