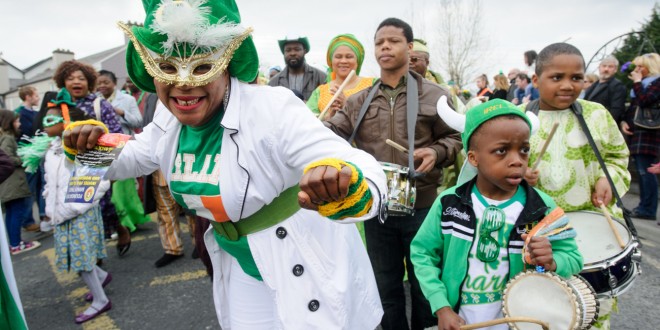 A multi-cultural parade in Ennis

‘Ennis – A Multi Cultural Town’ is the theme of the 2017 Ennis St Patrick’s Day Parade which takes place on the feastday of our national saint.

Among the international visitors lined up are a group of 50 from Langenfeld, Ennis’ German twinning partner, and a 100- strong Russian group.

In excess of 10,000 people lined the streets of the county capital during last year’s parade, which featured 50 groups representing the many aspects of life in Ennis and County Clare.

The theme for this year’s parade, according to the local authority, provides participating groups, organisations, bands, schools and individuals a broad scope within, which they can reflect the various cultures in their float or group activity.

There will be an overall prize for best group or float, while all parade participants will be included in an open draw for prizes.

Mayor of Ennis Ann Norton, said, “The parade offers an opportunity to the people of Ennis and Clare to celebrate our multicultural community and how all of our lives have been enriched by the contributions of people from differing backgrounds, cultures and traditions.”