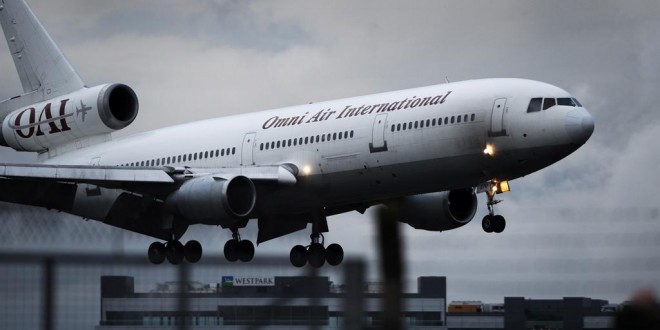 A journey to conflict hotspots

IRISH Times security analyst Tom Clonan’s memoir Whistleblower, Soldier, Spy– A Journey into the Dark Heart of the Global War on Terror brings the reader to some hotspots of conflict as well as exploring the heartbreaks and traumas he has suffered in recent years.

The former Irish Army officer may be the only journalist ever to secure permission to interview soldiers transiting through Shannon. 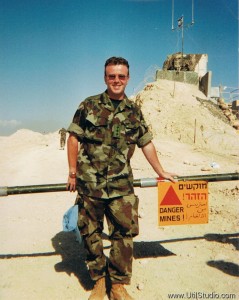 While much has been said and written about the morality of a neutral country allowing one of its airports to be used by the US, the human story of the soldiers, many of whom have come from very disadvantaged backgrounds, isn’t often heard. “There have been over a million troops going through since about 2002 and for me it was a very moving experience. We’re used to seeing images of the US troops going through the airport and on TV they’re always in that mid focus, you don’t get to see the faces and no one talks to them about what they’re like. I went down to Shannon and the people there are great, they give these guys and girls a great welcome,” Tom told The Clare Champion.

Many in this county don’t agree with the use of Shannon, even if very few are willing to join in with the occasional protests against it. It’s likely that many working in the airport aren’t that enamoured with it either, and weren’t huge supporters of the US invasion of Afghanistan or particularly of Iraq.

While that may be the case, Tom said he was genuinely impressed with the respect shown to troops who may have been on their way to a death in a foreign country.

“I was very surprised by the sensitivity and the kindness and the warmth shown to these people going through, I’m not blowing smoke, I was very impressed by it. There was almost like a parental atmosphere in the place. The Irish faces that they see in Shannon are probably the last friendly faces they see. The next place they disembark, they’re literally in a warzone.”

At Shannon one of those he interviewed was a Colonel who told him his goal once he touched down in Iraq would be to kill or capture an insurgent named Moqtada al Sadir.

A few weeks afterwards another encounter in Dublin brought that meeting back into the forefront of his mind.

“About two or three weeks later I was on the Dart at Pearse Street, coming home from the city centre. The Dart was packed as usual, when the doors opened and these guys got on. He was kind of staring at me and shuffled over past all the people holding onto the bars and he asked me ‘Is your name Tom Clonan?’ and I said ‘yeah’. He was obviously from the Middle East but he spoke with a very upper class English accent. He said ‘I’m very interested in what you write about Iraq because my name is al Sadr and my cousin is Moqtada al Sadr’. I’d just met a man in Co Clare two weeks earlier who told me he was going to kill him. That just shows how bizarre things are and how small the world is.”

That man in Dublin had grown up with the insurgent leader, but they were now very distant from each other.

“He told me they grew up together but his family had to leave the country as refugees. They went to London and he married an Irishwoman and they had kids in Ireland. He had no interest in going back to Iraq because he had been back to visit after the fall of Sadism’s regime and met his cousin who was in charge of what they call the Mahdi army, backed by Iran. He said he had changed a great deal from the little boy he’d played football with in his granny’s back yard. He said when they were little cousins when he’d get uppity he’d grab him by the ear and drag him around the back yard, but when he went back he was surrounded by men with Kalashnikovs and he didn’t think it was a good idea to grab him by the ear and try to knock some sense into him.”

While still serving in the army, Tom studied for a doctorate and his research generated massive controversy, exposing an appalling level of sexism and sexual violence within the Irish army.

He recounts his experience at the time, the opposition that emerged to his research, the attempts to discredit him and his eventual vindication.

“When I did my PhD on women in the army it was all about the sad situation I uncovered of unacceptable levels of bullying, sexual harassment, sexual assault including rape of female soldiers in the Irish army. That in turn led to a major confrontation between me and the military authorities. They decided to take a very adversarial stance on this and they engaged in what is now known in the international literature as whistleblower reprisal. That’s all in the book, they engaged in character assassination.

“Michael Smith, the Fianna Fáil Minister for Defence, he contacted me in 2001 and said ‘this controversy is rumbling on. What do you want me as Minister for Defence to do?’ I said there had to be an independent enquiry, the army cannot investigate itself. In fairness, he did exactly that, there was an independent Government enquiry called The Study Review Group and in 2003 it made its report and I was fully vindicated.”

Grief and loss are major themes of Clonan’s also.

Among those he has lost are his two parents, a sister and his daughter. He feels that the exploration of feelings about the loss of his daughter is something that hasn’t really been seen in Irish writing up to now.

“I think it’s probably the only Irish book in print that talks about the loss of a baby from the Irish male’s perspective and I think it’s something that people need to talk about, because it’s not something that gets a hearing in Irish society. Quite rightly we know about how the mother feels but this is how it impacted on me as a father.

“Also, my son was diagnosed in 2003 with a serious neuro-muscular disease and I suppose the happy ending to the book is that it talks about his therapy and getting a dog from Irish Dogs for the Disabled and the miracle that the dog worked.”

While he may not be completely correct- Christy O’Connor’s The Club also explored a father’s grief- its fair to say the overall point is a valid one.

He says the book explores much of the War on Terror, reading like a travel book at times, but also goes into very personal issues and shows the importance of love in dealing with problems.

“I think anyone reading the book will realise that no matter how bad things get there is always a way forward and the thing that gets you through all of it is love, and being able to talk about the issues that confront you and move forward,” he acknowledged.