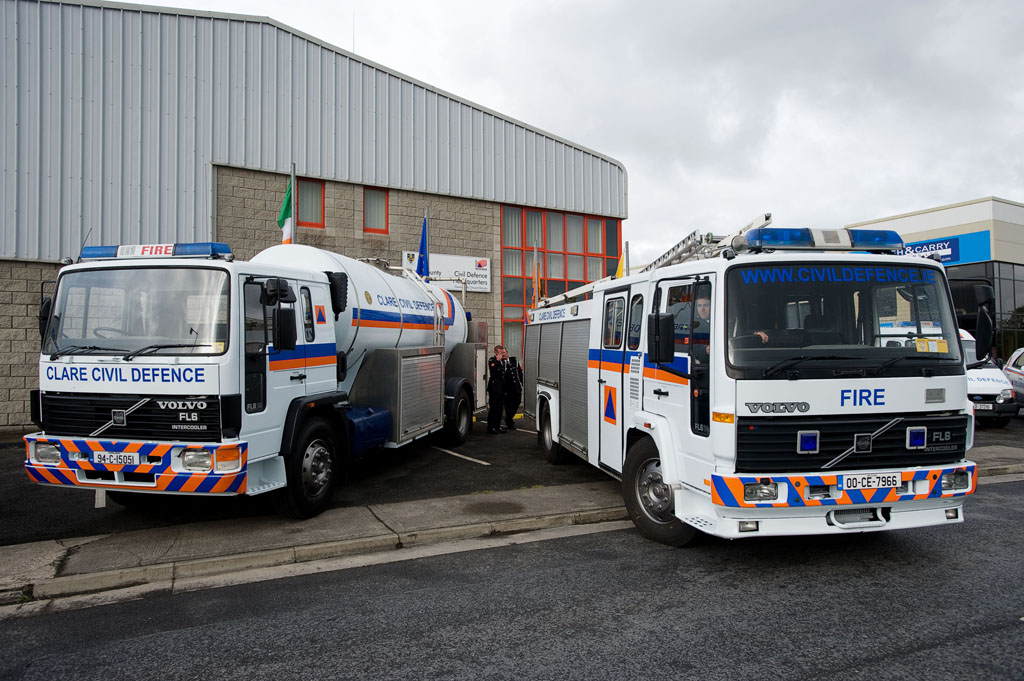 All go for Clare Civil Defence

THE Civil Defence unit in Clare is among the most active in the country, with members taking part in 32 different activities in the first three months of the year.

Civil Defence volunteers are on standby to assist in a range of activities – from missing person searches to manning sporting events. In fact, one of the roles played by the Clare Civil Defence this year related to a search for a missing person in Clarecastle on January 30.

The overall figures were confirmed just days after all of the country’s response agencies were honoured at Dublin Castle for their response to Storm Emma and Storm Ophelia.

Among the workers present at the event on Tuesday were staff from Clare County Council, the Defence Forces, Civil Defence, National Ambulance Service, Irish Water, the Coastguard, An Garda Síochána, the HSE, the ESB, the fire service and other volunteer groups.

It was confirmed at the event that the first Saturday of September will now be known as National Frontline Services Day.

“The fact that the Civil Defence in Clare is among the most active in the country demonstrates the level of professionalism and dedication shown by group of people involved. I know I speak on behalf of everyone when I say thank you to the Clare Civil Defence for their continuous hard work,” he said.

THE Civil Defence unit in Clare is among the most active in the country, with members taking part in 32 different activities in the first three months of the year.
Previous Former TD refused digital audio recording of evidence
Next Council opens artists studio in Ennis