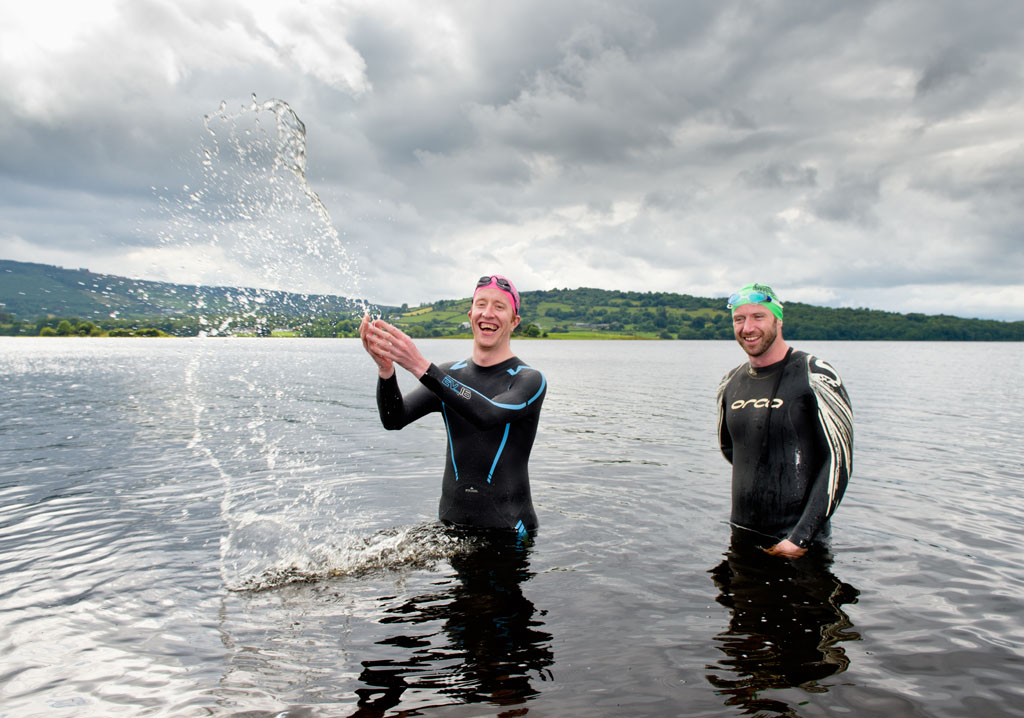 John O Mara and Ken Collins, who are going to swim the length of Lough Graney on July 29, in aid of Raheen Hospice, as part of the 50th anniversary of the Flagmount Water Safety Swimming classes. Photograph by John Kelly.

FOR 50 years, children have been learning to swim and lifesave in Lough Graney, thanks to a community initiative supported by Irish Water Safety Clare.

On Saturday, July 29, the thousands of people who learned to swim will be invited back to the shores of Lough Graney to celebrate this milestone.

To mark the occasion, the community will run a number of free, water-based activities. On the day, two locals who both participated in the swimming lessons, Ken Collins and John O’Mara, will take to the water to show off their skills, as part of a charity swim, in aid of Raheen Hospice.

Each year, the swimming lessons take place over the last two weeks in July and between 50 and 60 children partake each week. People come from all over East Clare and South Galway to join in and learn how to swim.

This annual event has been made possible by a team of dedicated local volunteers, including Kathleen McNamara, who has been secretary for 18 years.She explained how the lessons work.
“You get your instructors from the Irish Water Safety and, over the years, we would have found it quite difficult to get instructors. They are more inclined to go to the seaside resorts so we have always had a struggle to maintain instructors. It often meant putting them up and providing food for them and we have done that over the years to ensure the continuation of the event,” she said.

Kathleen added that the participants get much from the experience of learning to swim in the lake. “We find having the two weeks strengthens the level of swimming and swimming in the lake means you do become a strong swimmer. That is, of course, in conjunction with swimming in the pool the rest of the year. We find the two weeks in succession really brings them on big time,” she said.

In more recent years, Frances Brady has taken an active role as organiser.

John O’Mara outlined his family’s long-standing association with the lessons.

“Living only a few hundred metres from Lough Graney, I’ve always had an affinity to the lake. I practically grew up in it, although I’m finding it hard to warm to it, since we decided to take on the 5km charity swim. My grandfather, Tommy, organised the first swimming lessons 50 years ago,” he said.

The lessons continue to be popular and John said that, with numbers holding steady at 50 to 60 each year, he is hoping it can run for another 50 years. “Learning to swim is a key life skill, along with the advantages of making tons of friends through lessons and various events, keeping fit and being confident in knowing we are capable of saving a life, if the need arises,” he said.

It was at the lessons that John became friends with Feakle man Ken Collins and, to this day, they continue to use the skills they learned, as both compete in triathalons. Ken said he spent eight or nine years attending swimming lessons at Lough Graney, from the age of seven or eight. He did the full two weeks every summer. “We also learned first aid, which is handy and great to have, and we learned about water safety. It was always an enjoyable two weeks in the summer,” he said.

He added that, although John and himself would swim as part of the triathalon series, the 5km swim they’ve chosen to undertake will be no easy task. “It will be a challenge alright and there’s no point in doing it, if it’s not going to be a challenge. We’ve swam 4km before and this is 5km,” he said.

For their charity swim, they chose Raheen Hospice as the beneficiary. “When we decided to do the swim, we wanted to pick something local and Raheen Hospice does great work. My aunt spent a bit of time there when she was diagnosed with cancer and another aunt goes to the daycare centre,” Ken said.

John added, “They do so much good work; so many people we know have benefited from the excellent care they provide.”

The celebrations this year, for the 50-year milestone, will include boat races, similar to the regattas previously held on Lough Graney, and the Angling Club Cup will be up for grabs as part of this. In addition, people can try out kayaking, zorbing and paddle boarding and can sample food from the barbecue. The Irish Water Safety boat will also be in attendance.
Events get underway from 12 noon and will run until 4pm. All are welcome to come along.
Each area has a local secretary who is the local organiser and, over the years, there have been different people involved.

This years the 50th anniversary of swimming lessons being held at Lough Graney in East Clare.
Previous Council urged to take over SkyCourt
Next In search of bats 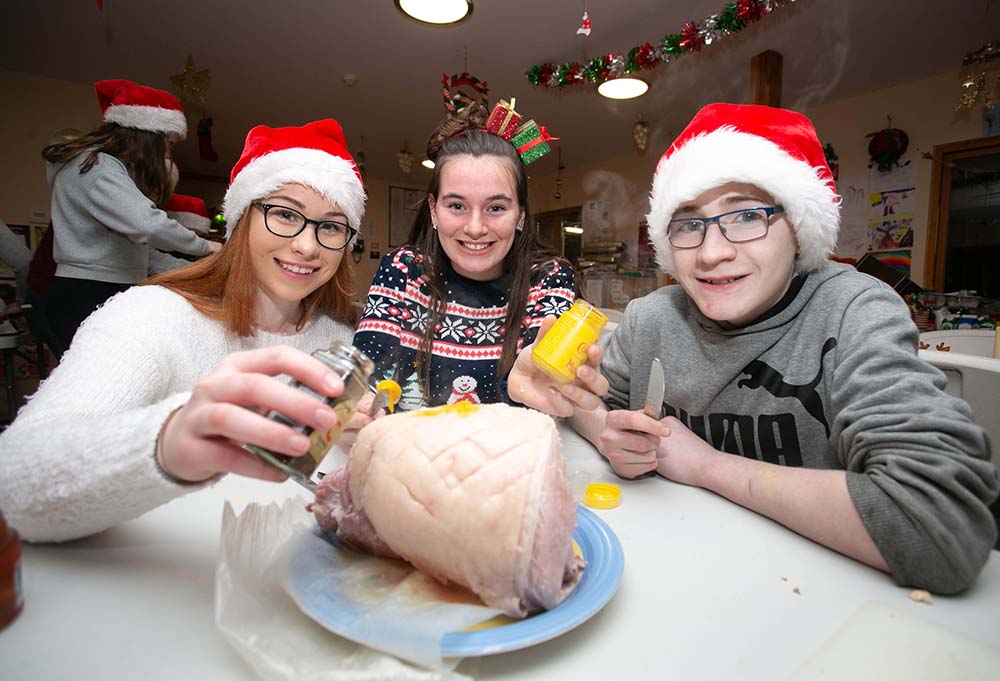 Youth Club Cook up a Storm for Christmas