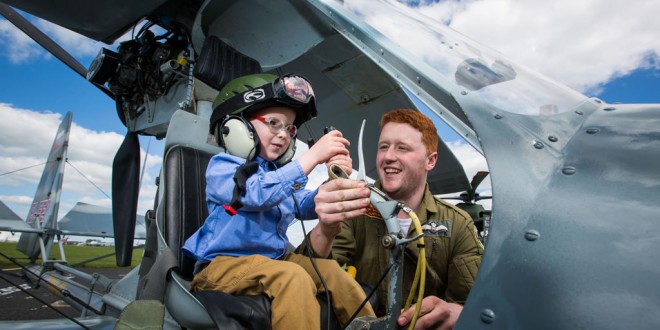 Pilot Harry Humphrys showing Donnach Ryan the controls of his light aircraft, which will be at the airshow. Photograph by Sean Curtin

Shannon Airport has announced it will deliver an air display extravaganza on Saturday, July 18 to mark the 70th anniversary of the first commercial transatlantic flight at the airport.

An estimated 40,000 people are expected at the airport for the airshow, which will provide a visual treat from some of Ireland and Europe’s leading aerobatics performers, parachutists, helicopters, jet fighters and stunt fliers during the six hour event.

In addition to the sky manoeuvres on the day, there will be plenty of on-the-ground action, including a static aircraft and tank display, entertainment zone, live music and a catering zone with an array of dining choices.

Publicans crave certainty in run up to crucial Christmas