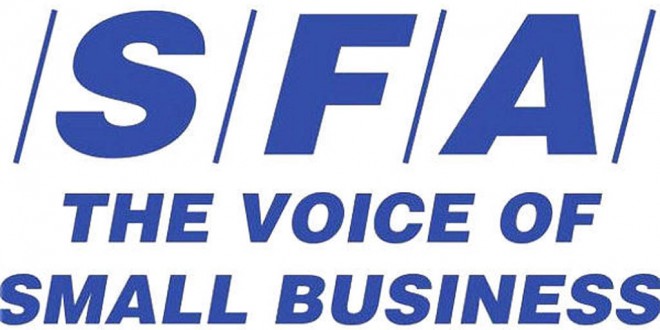 Small business often does not get the recognition it deserves because its contribution is based on thousands of smaller investments and jobs created every year rather than once-off ‘big bangs’. That’s according to AJ Noonan, chairman of the Small Firms Association (SFA).

Much of Government policy is based on backing winners and attracting foreign multi-nationals, rather than creating an environment for more and more indigenous businesses to establish, create jobs, survive and succeed, he maintained at the launch of the “Vision for Small Business in Ireland” report.

Mr Noonan challenged every citizen to do their part in making “Ireland – the most vibrant small business community in the world – supporting entrepreneurship, valuing small business and rewarding risk takers.”

The SFA chairman released the findings of the SFA’s Summer Business Sentiment Survey, which shows that 60% of small businesses stated that their business is growing. Two-thirds deem the business environment to be improving generally, with 30% staying the same and just 3% disimproving. 70% of respondents intend to take on new staff this year, with the average number of jobs growth being 6 in job-creating respondents.

“Small companies make up 98% of all businesses and we are present in every city, town and village in the country.Together we employ half of the private sector workforce – almost 700,000 people. So, when the Government talks about supporting job creation, that must translate into providing support and removing barriers for the businesses in this room”, continued AJ Noonan.

“We in Ireland need to change our attitude to accept the full diversity of companies and business people, both culturally and in terms of State supports. We need to integrate entrepreneurial skills into teaching throughout our education sector. Small business owners need to be more supportive of each other, to act as non-executive directors on the boards of new start-ups,” he said.