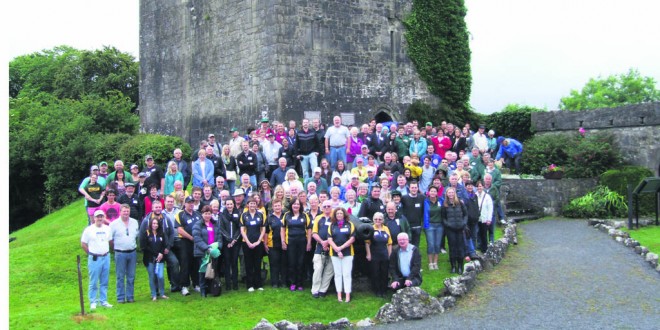 OVER 170 O’Dea delegates from all over the globe assembled to celebrate the recent ninth International O’Dea Clan Gathering, in Ennis, from July 11 to 13 and at the ancestral home of Dysert O’Dea Castle.

This triennial event, which began in 1990, brought together O’Deas of every variation, including Deas, O’Days, Days and Odyas, from all over the world. This year, there were delegates from places as far away as Poland, the United States, Australia, United Kingdom and New Zealand, as well as a number of delegates from Ireland also in attendance.

The reunion commenced with a civic reception in Ennis. Councillor James Breen, the deputy mayor, warmly welcomed the delegates and, afterwards, the O’Deas returned to The Old Ground Hotel for a lecture, given by Tony Harpur on Bishop Cornelius O’Dea’s 15th-century medieval mitre and crozier, which is held in the Hunt Museum in Limerick.

A session of Irish traditional music, song and dance, led by Martin Breen and friends, concluded the evening’s festivities.

On Saturday morning, the clan were taken to their ancestral home of Dysert O’Dea Castle, where an Irish coffee and smoked salmon reception was hosted by Breda Considine, the castle manager and her staff.

Local historians, Dick Cronin and Martin Breen led tours of the historic monuments of Dysert, including the St Tola’s Cross.

On the steps of the castle, the clan chieftain and former Air Force 1 pilot, Lt Col William Dea, handed over his chain of office to the clan’s new chieftain, Maureen Carey of Adelaide, South Australia. Maureen will remain in office as clan chieftain until 2018.

This is the second time that an Australian lady has held this office, as a previous chieftain was Sue Poole, also of South Australia. Sue and her husband, David, attended this year’s event, together with a large Australian contingent.

Ennis native, Shane O’Dea, who now lives in Dublin, was re-elected as clan chairman.
Later on, local tour guide, Jane O’Brien, conducted a tour of the historic sites of the town for clan members.

At 5pm, the clan descended on John O’Dea’s pub on O’Connell Street, where John and his family hosted a barbecue for over 160 clansmen and women, at which historical stories and clan genealogy were traded and discussed.

The number of Odya families in the Gdansk area of Poland now stands at 900. They are descended from two O’Dea brothers from Dysert, who sailed to join the Russian Navy in the l660s but were shipwrecked in the Baltic and came to settle in Poland.

This branch of the clan was represented by Mietek Odya and his granddaughter, Zosia, who came all the way from Gdansk. This was Mietek’s third time to visit a clan gathering in Ennis.

On Saturday night, the clan was treated to a medieval banquet and an evening of entertainment and song at Bunratty Castle.

Sunday morning mass at the cathedral was attended by a huge number of clan members of different faiths, where the celebrant, Fr Brendan Quinlivan, the Diocesan Communications Officer, extended a warm welcome to clan members.

Sunday afternoon was spent touring the 16th-century castle and the archaeological open-air museum of Craggaunowen, before moving on to St John’s Castle and a visit to the Bishop Cornelius O’Dea’s mitre and crozier at the Hunt Museum in Limerick.

Another larger group of 90 O’Deas, led by Shane O’Dea, visited Inis Oirr and the Cliffs of Moher by ferry from Doolin with Bill O’Brien Ferries.

A final farewell banquet was held in The Old Ground on Sunday night. A new Tánaiste (chieftain elect), Joanie Koechig from St Charles, Missouri, was elected in a closely-contested election held on the night.
The weekend finished with a commitment from the clan to hold their next international clan gathering in Ennis, in 2018, to commemorate the 700th anniversary of the Battle of Dysert O’Dea.
In the interim, O’Dea clan gatherings will be held in other countries, Buffalo in the US in the summer of 2016 and in Adelaide, South Australia in 2017. 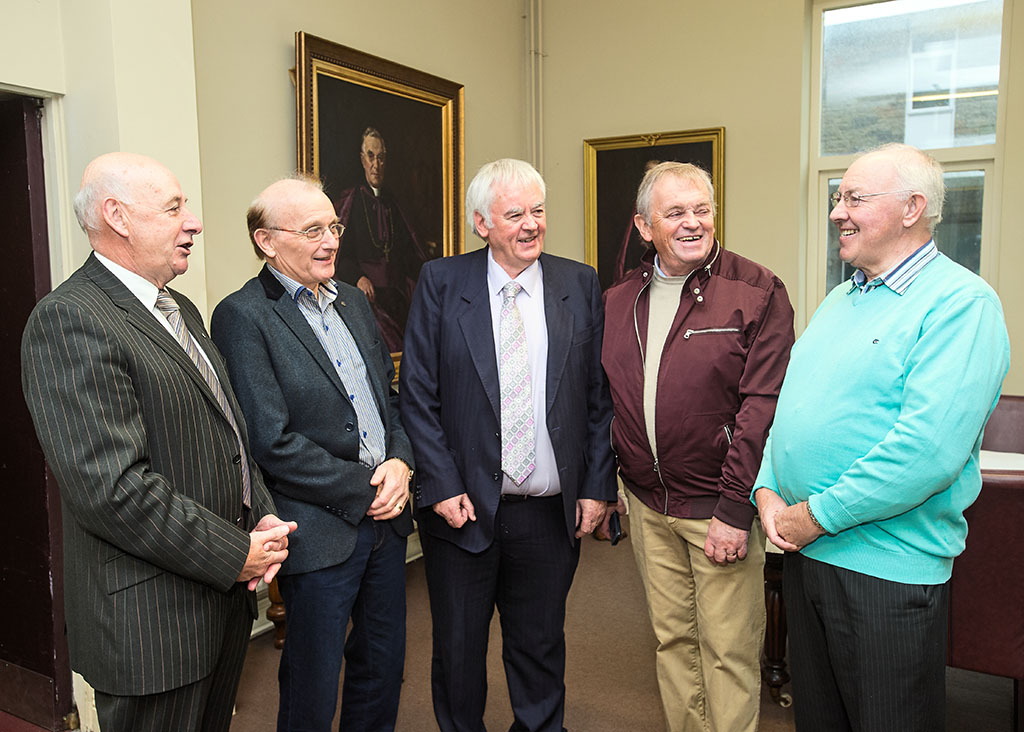 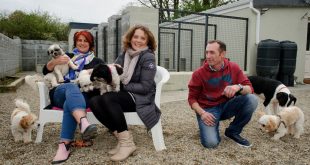